The Walton County Tourism Department has named Dave Rauschkolb as the winner of its annual Van Ness Butler Jr. Hospitality Award for 2022.

This hospitality award was established in 2003 to recognize excellence in hospitality service, travel/tourism marketing, advertising, promotion, and contributions to the local community. 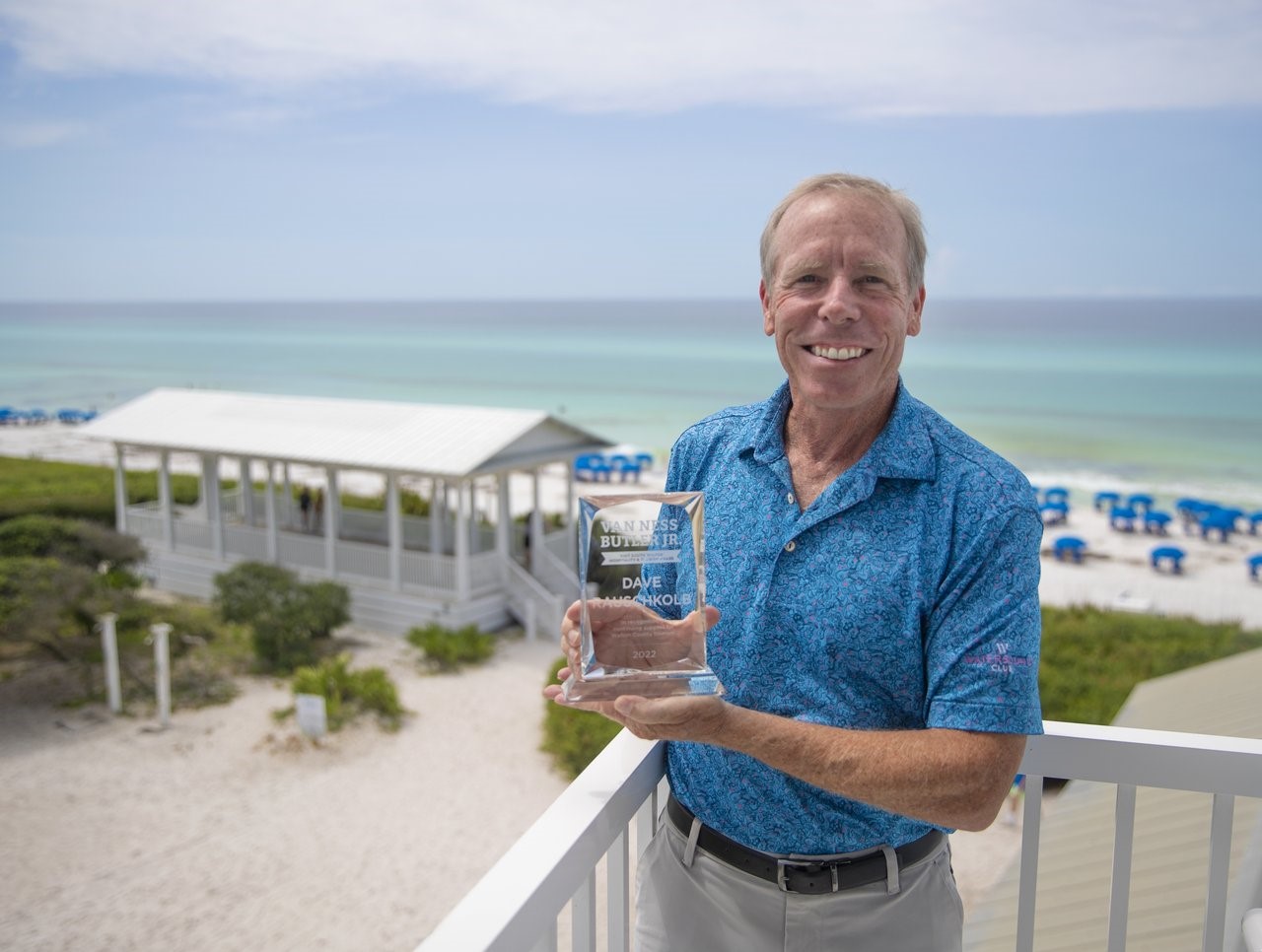 “To share that commonalty of passion and to join hands with the previous winners is a tremendous honor,” Rauschkolb says. “I couldn’t be more grateful to the community and excited to be one of those people that has helped to carry the torch and will continue to do so.”

Rauschkolb opened the famous Bud & Alley’s in 1986 with partner Scott Witcoski and it’s been a staple of the area ever since. From an early meeting with Seaside founder Robert Davis, Rauschkolb recalls being impressed with the planning and vision that was already in place and was excited for the opportunity to be a significant voice in the development of the new town. He has since gone on to establish the Taco Bar and the Pizza Bar & Trattoria as complements to the dining options at Bud & Alley’s. His most recent endeavor was the creation of Black Bear Bread Co. with partner Chef Phil McDonald in 2016 which now has 3 locations in Grand Boulevard, Grayton Beach, and Seaside.

“Making people happy across multiple generations has been the most fun,” Rauschkolb says. “Having people meet here, get engaged here, and then I organize their wedding, and then they come back every year. Seeing that is the most rewarding thing for me.” 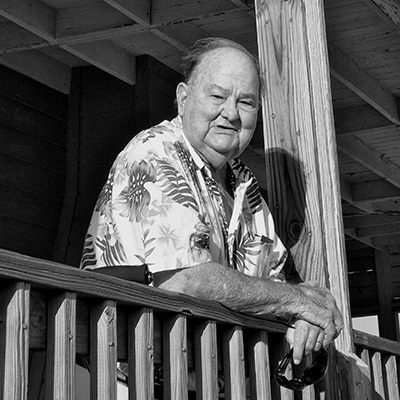 This annual hospitality award was established in 2003 by the Walton County Tourism Department (WCTD) to encourage and recognize excellence in hospitality service, travel/tourism marketing, advertising, promotion, and contributions to the local community.

The award honors the legacy of service embodied by the Van Ness Butler family who acquired the land now known as Grayton Beach in 1922. The Butler family built the Grayton Beach Hotel and through their family's passion, determination, and energy set the stage for the developing tourism industry.

Following his grandfather's legacy, Van Ness Butler, Jr. served as the first chairman of the Walton County TDC, as interim executive director for two years and on the Tourist Development Council for more than 13 years. This award also honors the Florida Tourism Hall of Fame inductees and pioneers of Walton County's hospitality and tourism industries.

Nominees for the Van Ness Butler Jr., Hospitality Award are judged and awarded for their lifetime body of work, based on their initiative, and innovation in achieving organizational success and for their work with community businesses or organizations to enhance Walton County's local, national or international standing as a travel destination.

Please feel free to contact Lisa Foster, industry relations specialist, at Lisa@visitsouthwalton.com or (850) 333-2728 if you have any questions about the Van Ness Butler Jr. Hospitality Award program.