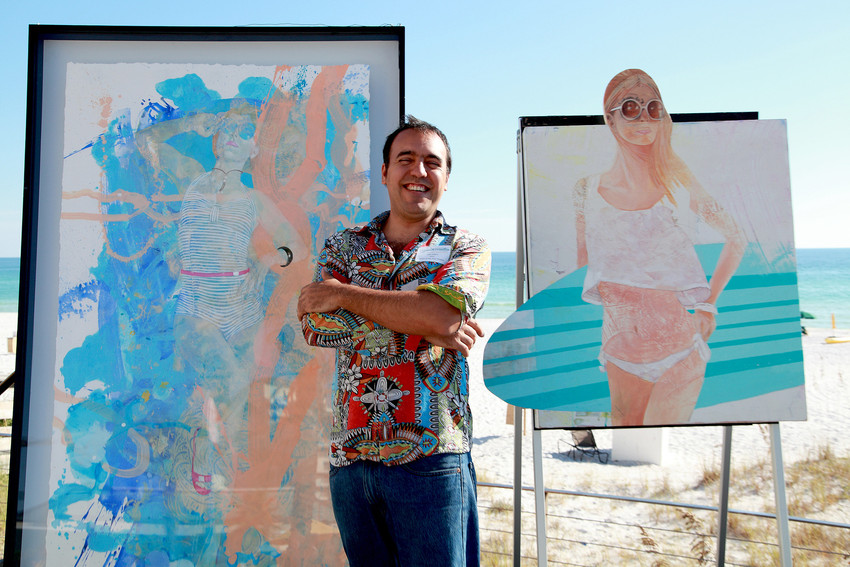 Juan Francisco Adaro served as the 2015 South Walton Artist of the Year.

Adaro is an artist of all visual media best known as a painter whose signature style utilizes oil, watercolor, industrial paint, gesso, and acrylic in a chaotic freestyle form in creating life like portraits.

Born in 1978 in Buenos Aires, Argentina, Adaro's passion for art began the moment he could pick up a pencil. As a teenager, he painted in the streets of San Telmo and La Boca and had a mobile gallery on the back of his motorcycle. His phenomenal skill was recognized and he was asked to study art at the National University of Art in Buenos Aires, Prilidiano Puyrredon & UINA.

Art internships with famed Argentine artists led Adaro to become a political muralist in Buenos Aires during the financial collapse of 2001. His dramatic murals and unique approach caught the attention of the curators at the BAC, CC Borges and the CCC-Buenos Aires. He was soon producing works for several one man shows and group exhibitions. 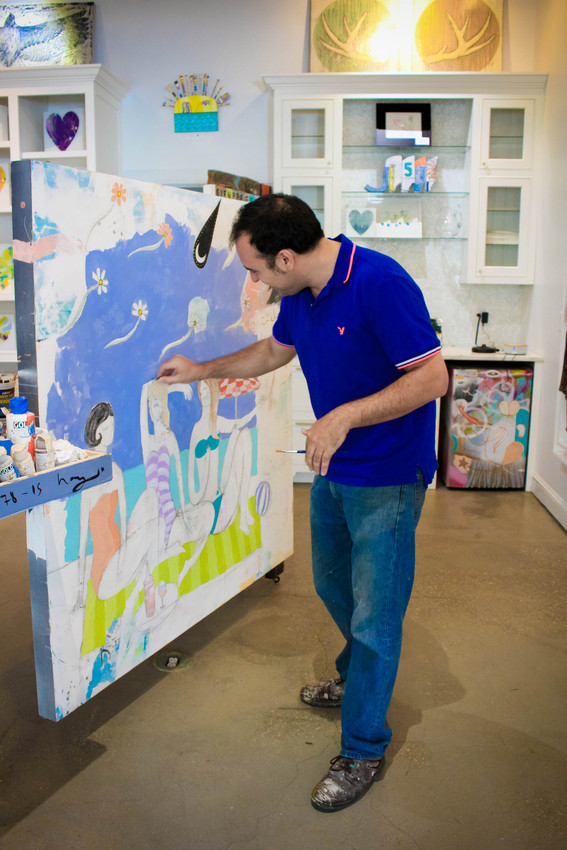 It was during this period, Adaro met his future wife at a street fair in Buenos Aires. While she was vacationing from Niceville, Fla., she encountereed him painting in the street. With the help of a translator, she had two large paintings shipped back to the United States.

It wasn't until 2010 when she returned to Buenos Aires that the pair were reuited.

"I went to the gallery expecting to buy a piece of art or so and say hello as best I could," she says. "I ended up engaged to the artist instead."

This joyful time in his life led to more carefree, experimental art period.

Adaro began elaboration on a project he called "Dance to your favorite song," an extension of his portraits and an attempt at capturing movement and the inner spirit of the person in a moment of freedom and happiness. Adaro would set up a canvas in the street and ask passersby to pick their favorite song and dance to it while he filmed them. The project was picked up by Asshire who added the creative collaborations of French DJ Linda Shaker and Argentine guitarist Javier Adaro to the project. "Dance" went on to become a world wide traveling festival show.

Relocating with his new wife to Northwest Florida in 2012, Adaro brought his unique art to the United States for the first time. Enjoying the community of artists in the region, he developed his most signature style to date -the extended canvas piece. Utilizing stacks of wooden wine boxes, the artist incorporated them into 3D works that imbue his portraits with added depth and interest. His style further evolved to include other found elements including beach sand, burlap bags, spray insulation, and other reclaimed objects.

Adaro's works have received recognition in galleries around the country, at festival awards and as 2014 South Walton Painter of the Year, Artsquest Poster winner, and 2015 South Walton Artist of The Year. 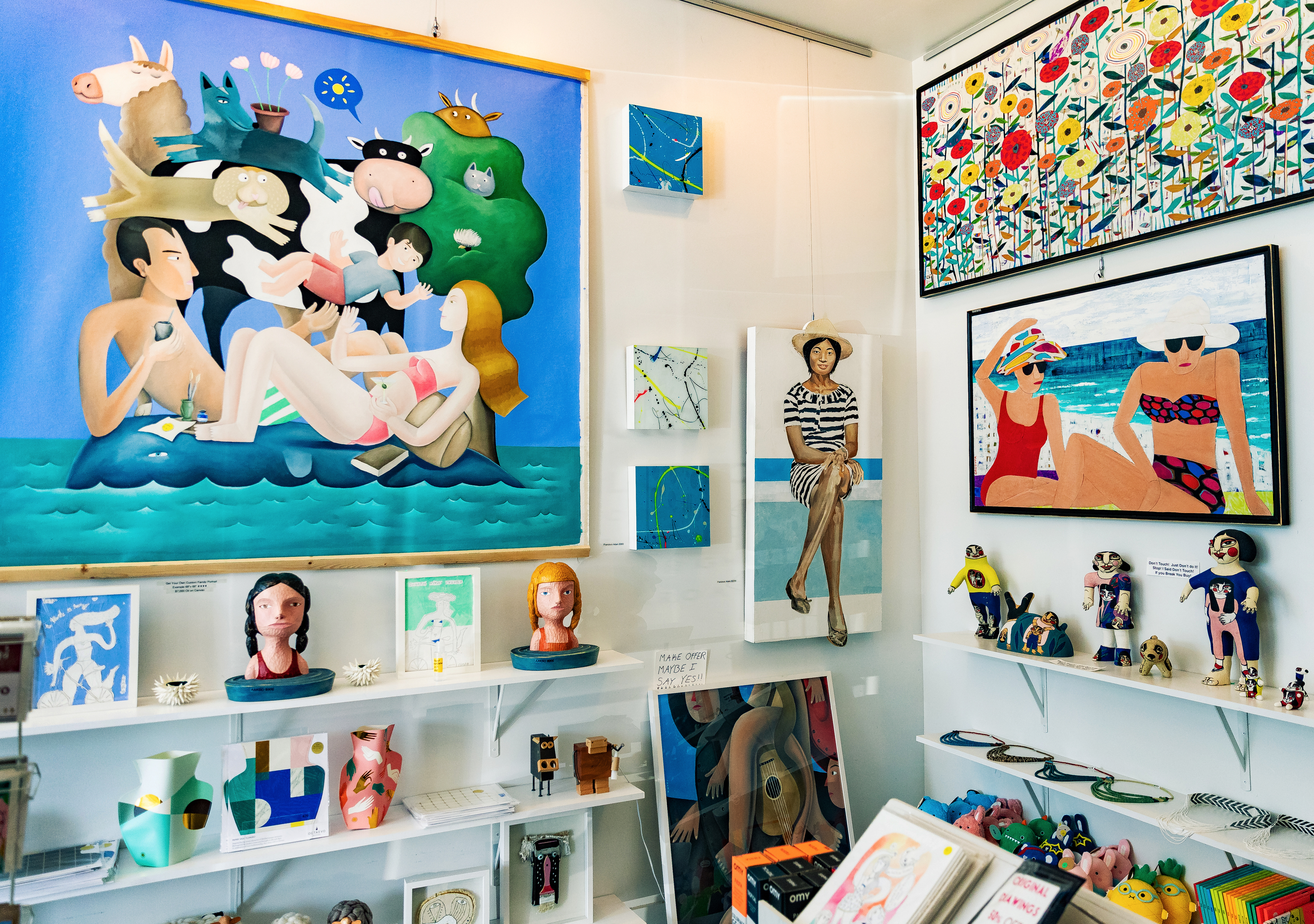 "I've been so lucky to know this area," he says. "The people here in South Walton have embraced me and I am so thankful. I have travelled a lot through Europe, South America, and several big and small cities in the states. I can say that from the places I've been, this area is the best at balancing the small town lifestyle with natural beauty and culture. Visit South Walton and the Cultural Arts Alliance make it easy for artists to feel confident coming here to create and to live. This is invaluable."

Adaro's works can be found at the Adaro Art Gallery at The Hub in WaterSound where he showcases not only his work but also the works of other national and international artists.

As part of the Artist of the Year program, his commissioned piece created for Visit South Walton is also on public display with the art collection at the Visit South Walton Visitor Center located at 25777 US Hwy 331 South in Santa Rosa Beach.