2008 Artist of the Year DONNA BURGESS

Donna Burgess has showcased her unique and colorful creations at art galleries along the Emerald Coast for more than 30 years. Her latest gallery, Donna Burgess Gallery, can be summed up as “art from the heart.”

Burgess’ work is a colorful depiction of scenes from the Emerald Coast lifestyle handcrafted in watercolor and acrylic. From beach scenes and turtles to dog portraits and abstract pieces, the gallery is diverse, eclectic and welcoming.

Burgess, who was named the 2008 South Walton Artist of the Year, sells both prints and original works, and offers custom framing at her gallery, as well as commissioned pieces. Burgess has honed her skills throughout the years and learned from other artists, but she’ll quickly point out that she first found inspiration as a child while watching her mother create art, and her love of art is something she’s passed along to her own family.

Starting out in watercolors and moving into acrylics and abstract pieces, Burgess describes her style as “evolving.”

“My first love was watercolors,” she says. “I love the way watercolors dance.”

In addition to her own pieces, Burgess sometimes showcases works from other artists. She says it’s her way to help support other artists who have a unique story or approach to art.

For more information about Burgess or the gallery, visit artzbydonnaburgess.com. 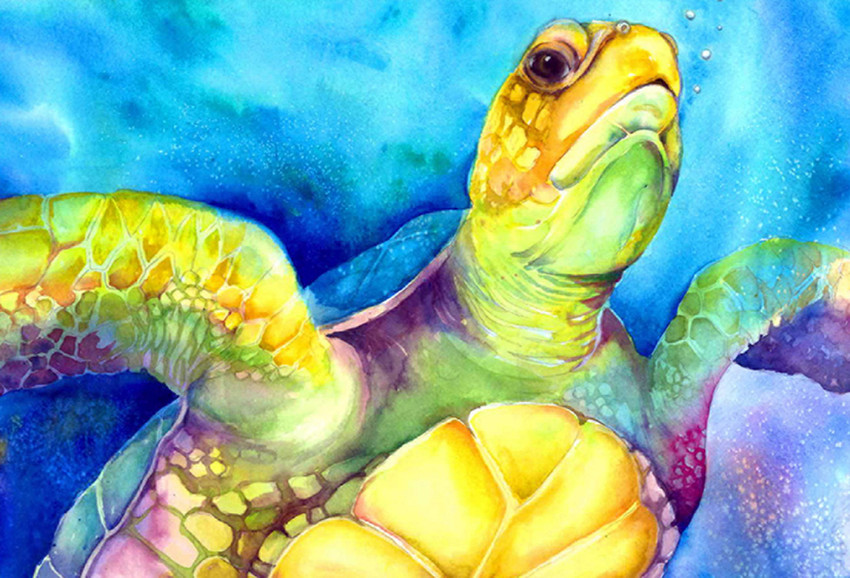