Sitting on a bench at his Grayton Beach gallery, Chandler Williams’ black T-shirt and jeans offer a stark contrast to the white walls surrounding him. His casually-styled blonde hair, laid-back demeanor and sun-kissed complexion hint at a life organized around surf conditions.

Growing up in Walton County, Williams, the owner of Modus Photography, has spent countless days out on the water and exploring the natural habitats that influence his work as a professional photographer.

Although much has changed since he began developing 35mm film in a kitchen sink during high school, much has also stayed the same – his love and passion for being behind a lens.

“I don’t go out to shoot and generate revenue,” Williams says. “I shoot because I am an addict and I love the challenge of trying to capture moments.”

More than two decades after he first picked up a camera, Williams is now being honored as the 2021 South Walton Artist of the Year. He joins 2010 Artist of the Year Michael Granberry as the only photographers to take home the honor.

“To be recognized for your art, as a photographer – especially as Artist of the Year for South Walton – it means a lot,” Williams says. “Overall, in the art world, photography really isn’t looked at as an art – I would disagree with any argument about it not being an art.”

So how does Williams describe his art? It’s what he likes to call “artistic landscape photography,” but applied to different mediums. He’ll take a print and either heat infuse or transfer the image to various mediums such as high gloss metal, canvas, wood, brushed aluminum or fine art cloth papers.

Williams is well known for his handmade frames, which are crafted from local reclaimed wood, whether it’s a piece of a boardwalk, a housing project or an old structure that’s been torn down.

From iconic Western Lake vistas and breathtaking sunsets to local marine life and colorful characters from his travels, there’s no doubt as to what inspires the images Williams captures. 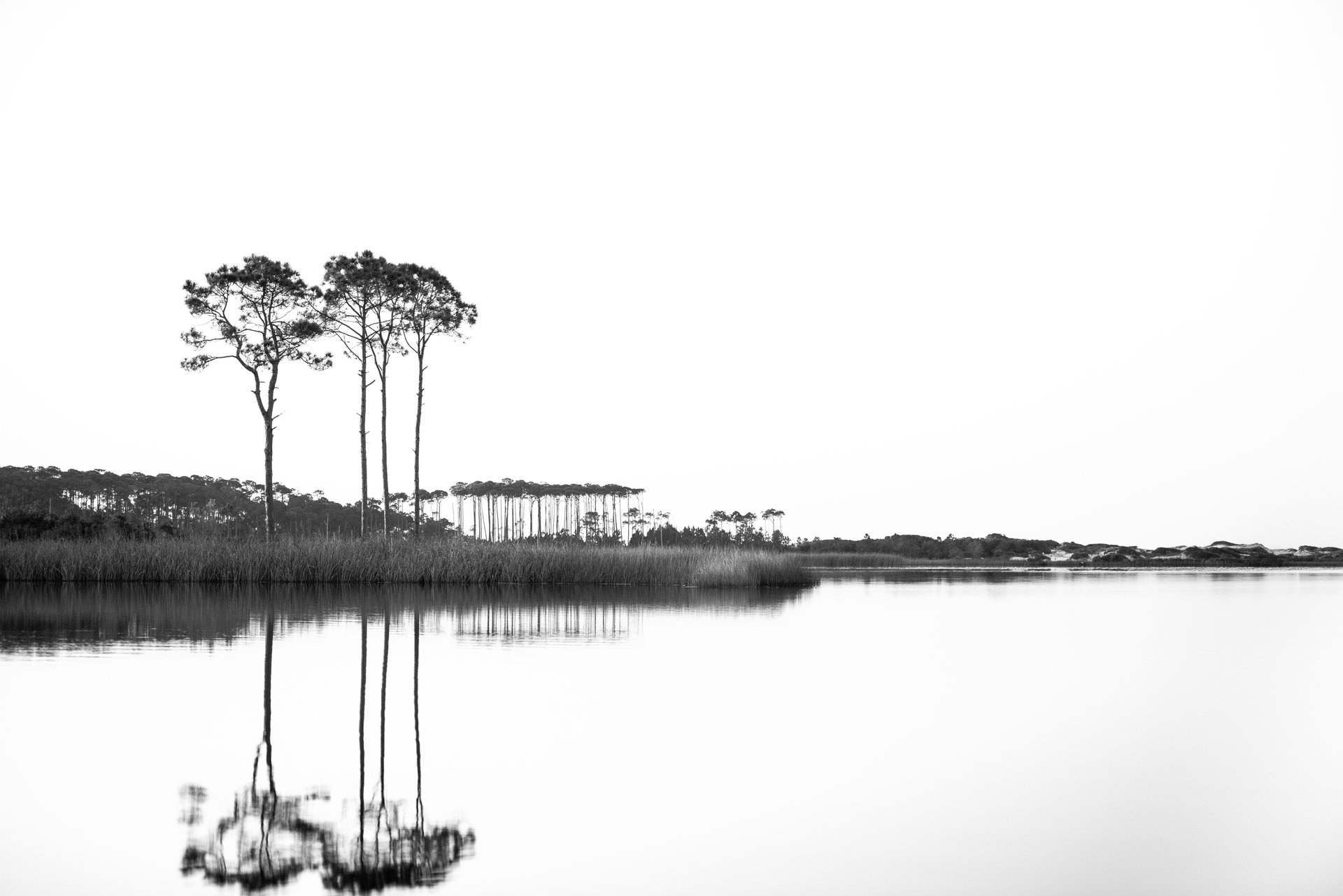 “I really think it’s the challenge of nature that influences my work,” he says. “Every day is a little different, especially with the water environment we have here – from the springs to the Gulf of Mexico and the coastal dune lakes – there’s always a challenging moment.”

“Sometimes you win and sometimes you don’t, but you just have to enjoy the moment of being in nature,” he says with a chuckle.

With his studio/gallery in Grayton Beach as both home base and space for visitors to view his work, Williams has seen quite a bit of success as a photographer since he first picked up a camera. He’s traveled the world, passed along his knowledge to young students and almost anyone who asks for advice and he’s worked with brands like Lululemon, Audi USA, Hilton Hotel Group, Shopify and Southern Living, in addition to partnering with many local South Walton brands and businesses. 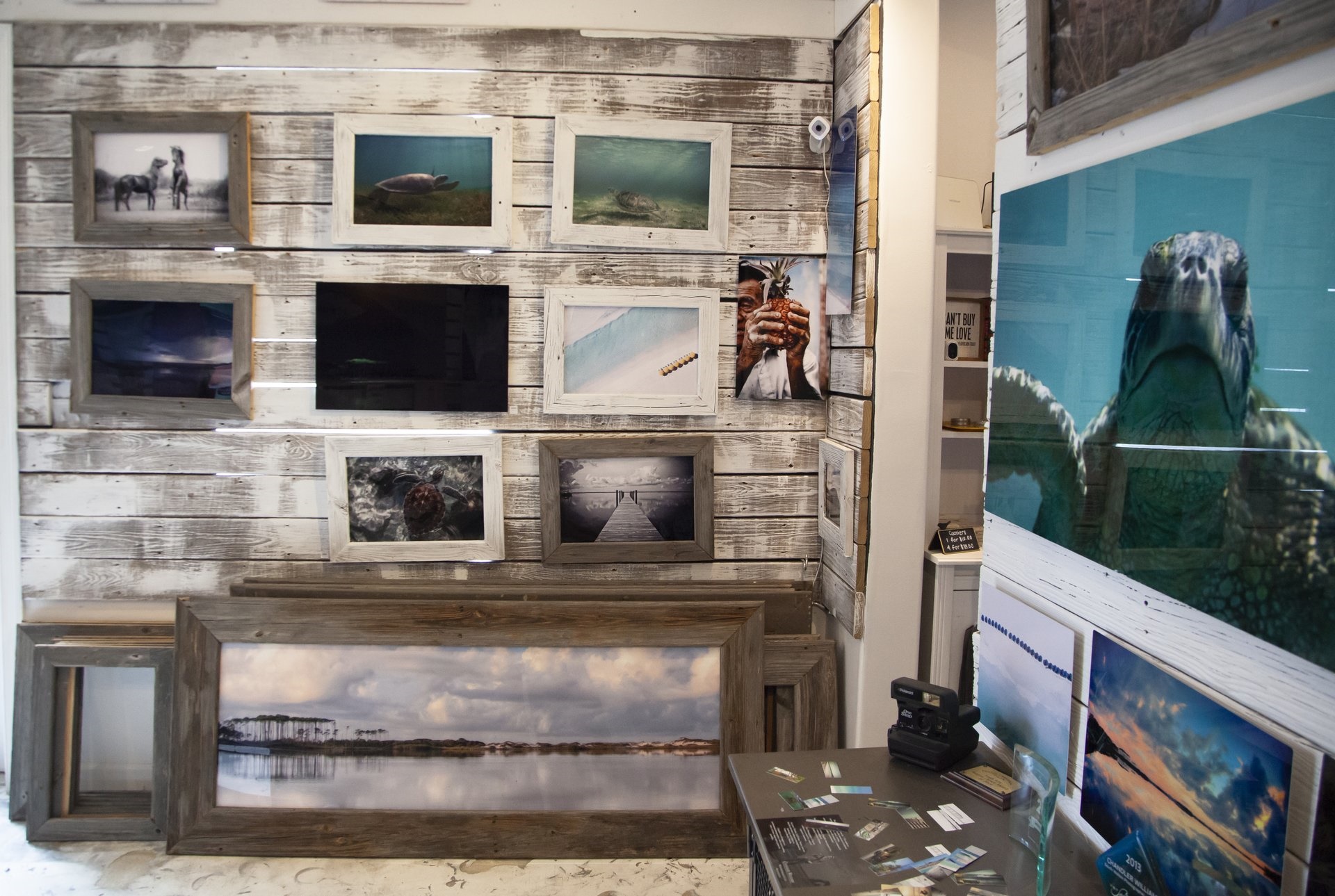 Not bad for a high school basketball player who didn’t know what he wanted to do when he grew up and came incredibly close to moving to South America after graduation.

“I never thought I would be able to make a career out of being a photographer,” he says. It was during a trip to Peru where Williams captured an incredible image of a man with a pineapple that it all clicked.

“I felt like this was something I could do,” he said. “It was really overwhelming because I captured this moment and I really felt inspired to continue as a photographer and leave my full-time occupation, which I did a few years down the road.”

Fast forward to 2021 and Williams is at the point in his career where he’s comfortable with his place in the local art community and embracing the opportunity to serve as Artist of the Year. He plans to roll out a series of workshops from his upstairs studio space as a way to give back.

“It’s an honor, and a privilege, to be recognized as an artist within this community,” he said. “I think the thing about landscape art photography is that it’s kind of the common ground that unites us all in South Walton.”

Modus Photography is located at 39 Logan Lane, Suite 9 in Grayton Beach. To learn more about the services that Williams offers, visit www.themodusgallery.com or call (850) 714-7997.