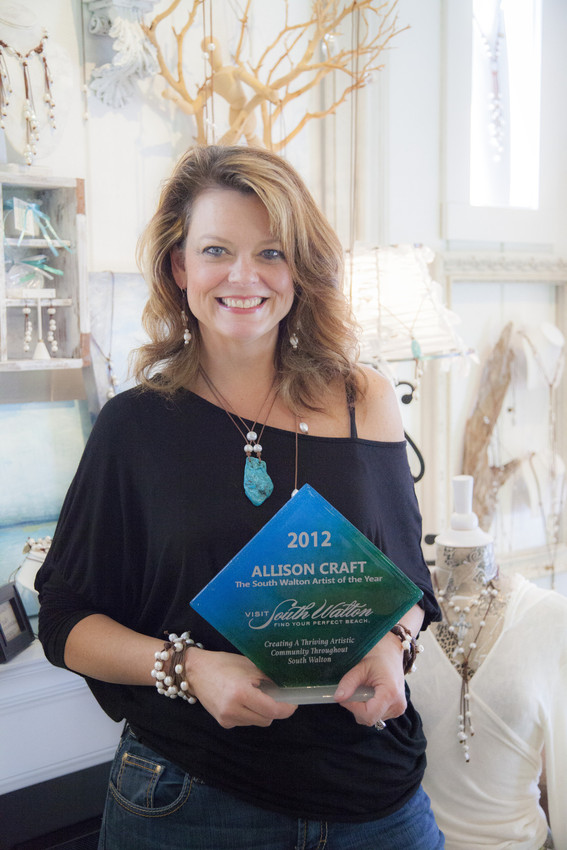 Creativity has run through Allison Craft’s veins since she was a youngster.

“My first day of first grade, I drew on the desk and got sent to the principal’s office,” she says with a chuckle. “It’s been there forever.”

Craft is the owner of Allison Craft Designs. In 2012, she was named South Walton’s Artist of the Year.

“Being named artist of the year was one of the most incredible honors that I think I’ve ever had,” she says. “It has changed everything in boundless ways. It has made what I do a real job and it keeps you to a higher standard.”

Craft’s creativity is channeled through her jewelry. As a former art teacher, Craft created jewelry as a way to make money on the side. She also dabbles in painting, which she says is her “therapy.”

Leather and pearls serve as the main canvass for Craft’s work, but she’s skilled in metal work and known to work with any type of material that catches her eye. The “look and feel” of leather is what Craft likes the most.

“I love the way it gets better with time,” she says.

As an artist, there’s nothing Craft enjoys more than seeing someone fall in love with her work while browsing the studio.

“That’s when it becomes fun, when you see that spark – you know you are doing the right thing,” she said.  “I’ll have people come in and they’ll try on 10-15 things and they typically go back to the first thing that caught their eye because that’s where the magic was.”

As for the jewelry itself, it’s very personal to Craft. She’s picky when it comes to what’s on display and what’s for sale, so much so that she will not sell anything in her studio that she doesn’t like or wouldn’t wear herself.

Craft’s work is on display on her website, but can also be found at Fusion Art Glass in Seaside and Grand Boulevard. If you’re a fan of Rachel Ray, Paula Deen or musicians like Sam Bush, John Oats, or Jeff Black, you may have seen Craft’s jewelry.

“It’s fun to do things that I get to see these performers, who are so incredible on stage, wearing my jewelry,” she says.

So where does Craft find her inspiration?

“I find inspiration in the most random of places,” she says. “Sometimes I don’t even know where it came from – I can paint something or make something – and look back and I’m not really sure where it came from, but it’s all around, especially when living in a place like this.”

To learn more about Craft, visit her website at allisoncraftdesigns.com. 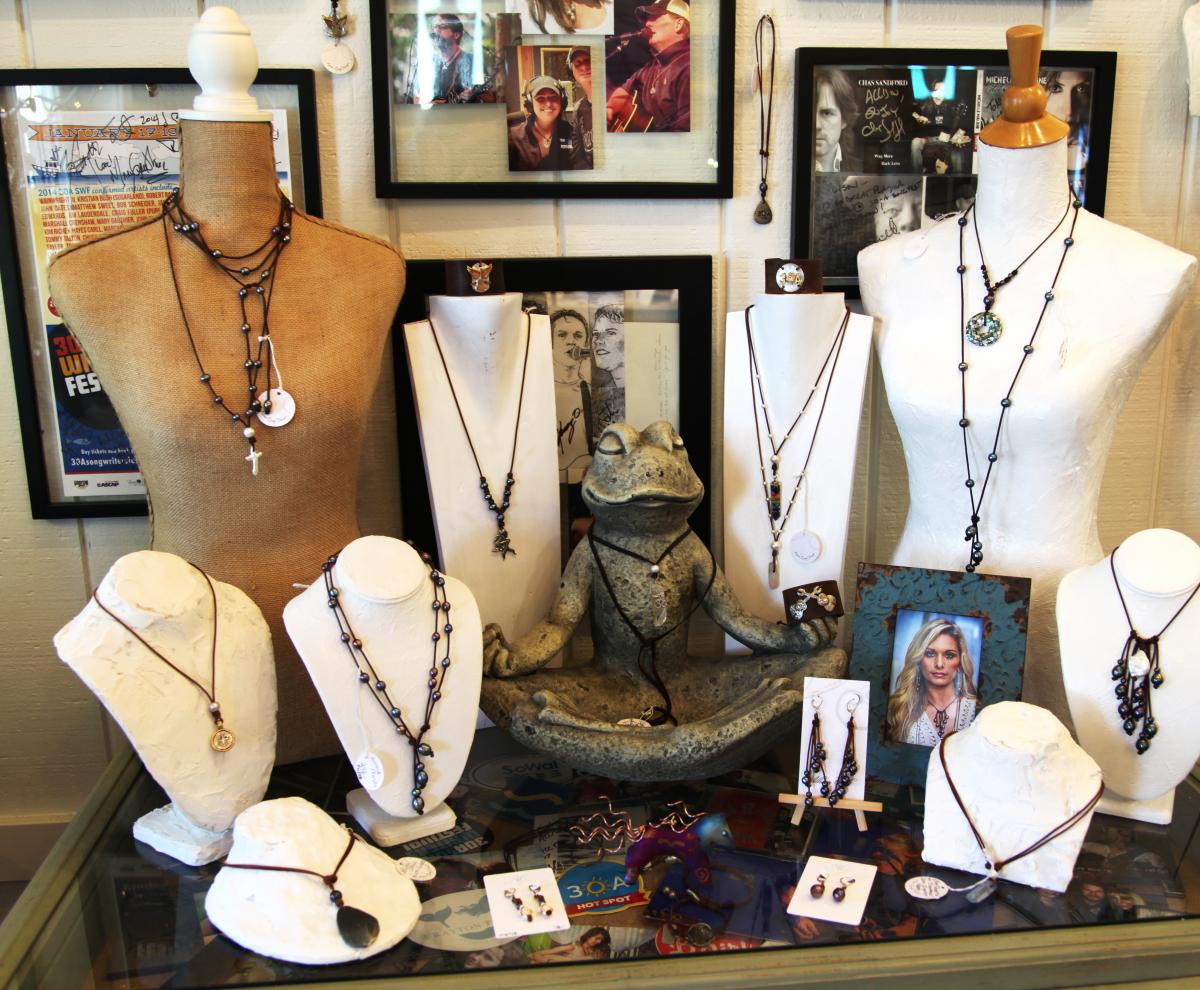