If you’re a fan of live music in South Walton, chances are that you’ve listened to Chris Alvarado play one of his original songs to the tune of one of his original, handmade guitars. Or maybe you recognize him from Southern Living’s “Made in the South” video!

We sat down with Chris to ask him about art, life, music and happiness. Learn more about this Renaissance man and read his South Walton story below. 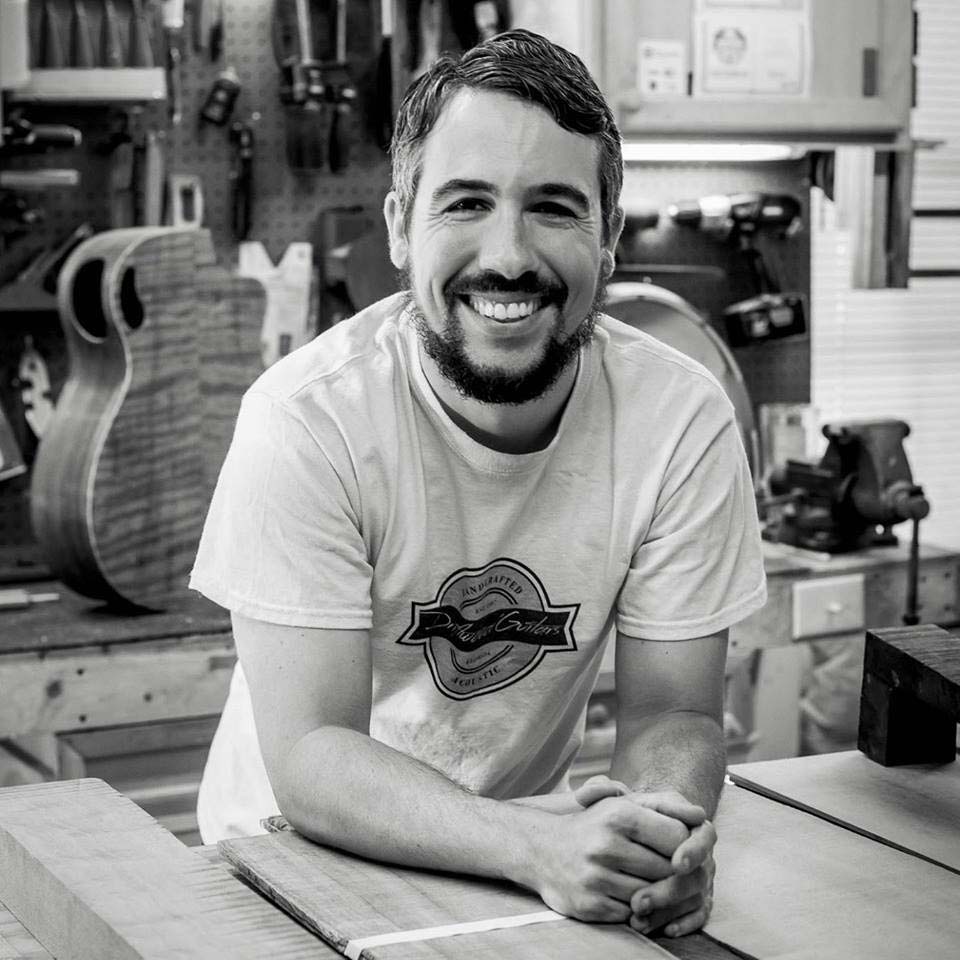 Chris grew up in the South Walton area and was exposed to music at a young age. Inspired by his father, a professional saxophone player, Chris started playing the trumpet as a child and picked up his first guitar at age 13. By the time he joined the military at age 18, he had begun writing a few of his own songs as a hobby, with no real intentions to pursue a career in the business.

When he was relocated to Alaska in 2006, however, that all changed. The cold climate and coffee shop culture, combined with a bit of homesickness, led Chris to sign up for his first gig at a local café. He quickly fell in love with performing and began playing at a handful of venues across Anchorage.

“Nobody even knew that I played music in Florida, because I kind of kept it a secret,” he said. “But in Alaska, music became part of my identity.”

At the same time, Chris met a friend through the military who had a passion for woodworking. After seeing his friend craft an electric guitar from scratch, Chris decided that he wanted to try to build an acoustic one.

“I’ve always been a maker and a tinkerer, so I knew if I practiced enough I could probably figure out how to build a guitar,” he says. “So I bought a bunch of books and got started.”

Chris completed his first guitar in 2007 and admits that “it wasn’t very good,” but in 2008, he attempted another one and had much more success. His second guitar, he claims, was actually worth playing music with.

Meanwhile, his career as a musician in Alaska continued to grow. In 2009, he decided to leave the military and pursue music full-time.

Although the decision was exciting, it also meant that things had to change. Now that Chris was no longer in the military, there was no reason for him to continue living in Alaska. And since he’d recently gone through a divorce, he was ready for a fresh start.

Per the advice of his dad, he moved back to South Walton. “My dad had told me that he thought the music scene in South Walton was really picking up,” Chris says. “I didn’t really believe him at the time, but thought I might as well give it a shot.” He moved back home and started trying to figure out how to make it as a full-time musician.

“So there I was at age 24, divorced and living with my parents back home in Florida,” he says. “I went from a very stable life, living the American Dream, to a place of total uncertainty. I needed time to figure things out.”

Even though things were hard at first, Chris knew that moving back to South Walton was the right decision.

“At one point, I realized that being broke isn’t actually the end of the world,” Chris says. “Even though I didn’t have a lot of money, I was doing what I loved and working for myself — two things that I knew could lead to true happiness.”

And they did. Within a year of moving back to South Walton, Chris’s calendar was booked with shows. He had also moved into his own apartment where he had just enough space to start building his third guitar. Although he’d started toying with the idea of eventually selling guitars to friends, he knew he wasn’t quite ready yet. 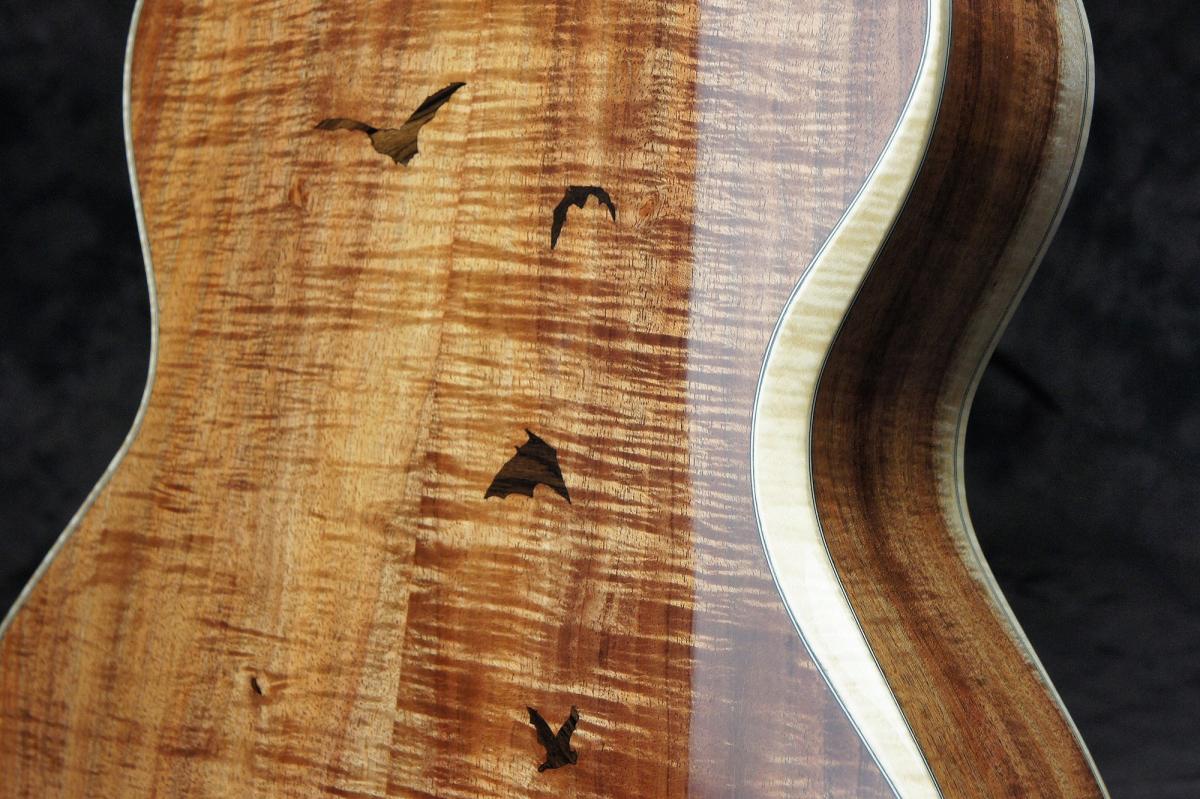 “I think those first few months of failure were totally necessary for my career. Everything I have today is because I simply had to keep trying. In some ways, I was forced to succeed due to circumstance,” he says. “And by ‘succeed,’ I mean make enough money to pay my bills and be happy. For me, it’s never been about getting rich or famous.”

Seven years later, it’s safe to say that Chris is truly successful. Since he moved back to South Walton, Chris has remarried, bought a house and had his first child. He has also found the time to construct more than 20 custom guitars and play an average of six shows a week. The current waitlist for one of his handmade custom guitars is more than a year. 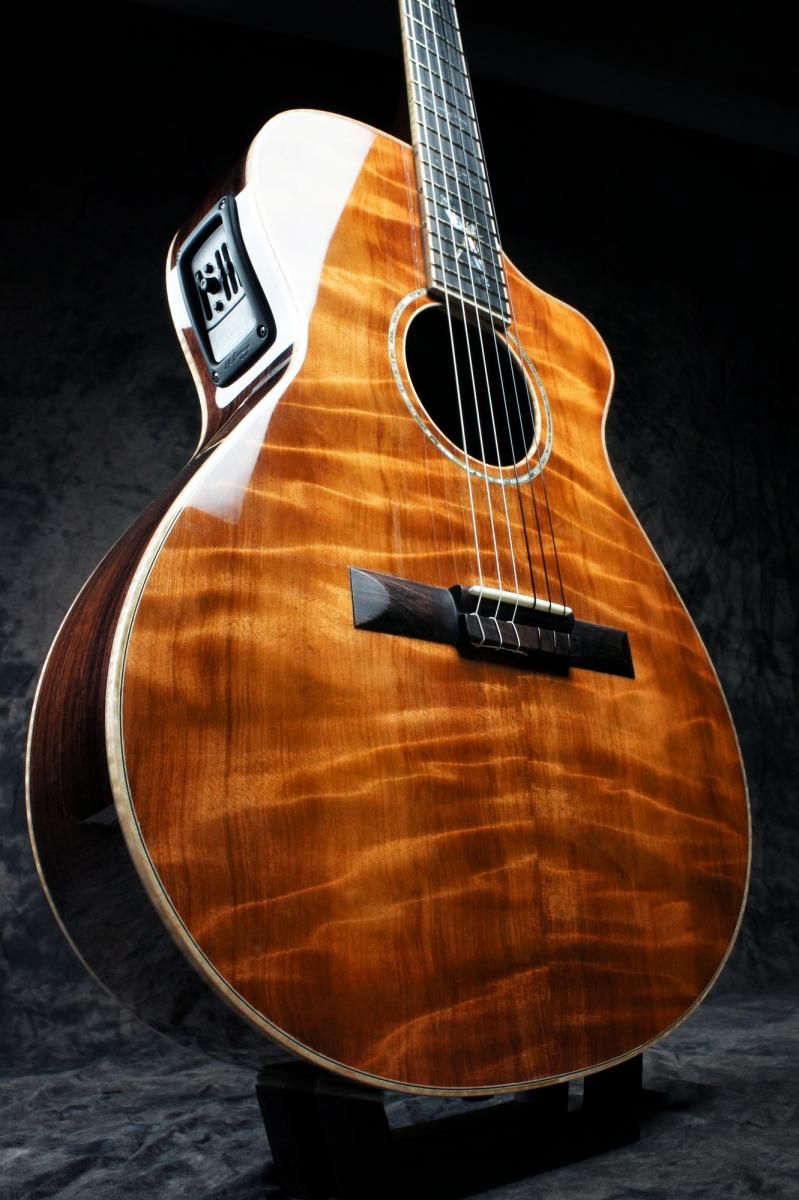 Not only does Chis credit his success as an artist to hard work and determination, but he also believes that South Walton itself has played a crucial role in his career.

“I wouldn’t be able to do what I do for a living if I lived anywhere else in the world,” Chris says. “In South Walton, people truly appreciate music as an art and are willing to hear songs that are original — not just typical beach tunes. It’s a community that’s always been perfect for cultivating artists, but I never saw that when I was growing up here. I only realized it when I moved back as an adult. People really support me here and in return, I want to continue supporting my community.”

Learn more about how Chris supports the rich culture of South Walton by watching Southern Living’s “Made in the South” feature on him below.